Concept Development Solutions is Ireland's new one stop shop for the needs of the cultural, tourism, heritage and arts sectors.

We offer a complete range of exhibition services from concept generation and definition through, content development to construction and installation of the finished product.

These exhibitions can take many forms in the modern world, you may want a permanent exhibition in your own building, a temporary one that is either in your own premisis or one that is transportable to be installed in a number of different venues, you may nnot want a physical exhibition at all but instead one that only exists in the 'cloud' that is accessibly by anyone, one anythere in the world at any time. The choice is yours, though we are more than happy to talk you through the options.

Please contact us to see what we can do for you.

We have decided to withdraw from social media in all forms for the foreseeable future due to their constant and continued willingness to profiteer from racism, homophobia and many other forms of social division. We hope you understand our stance.

The last day for installing the new exhibition in Cork Public Museum which will hopefully be opening in the next couple of weeks. One space is left for the NMI to come down and move the artefacts on loan from their collection, other than that all done. Particularly happy to have moved the Sile-na-Gigs out from under the stairs to pride of place at the front of the exhibition. Very apt given yesterday was International Women's Day. ... See MoreSee Less

Messing about and took this 360 panorama of the areas of Carrick Castle that were being excavated this January. It starts on Cutting 3 and to the right is Cutting 4, continuing around you should just get a glimpse of the ditch. #diggingcarrick Irish Archaeology Field School Irish Heritage School The Irish National Heritage Park ... See MoreSee Less

A little something we've been doing ... See MoreSee Less

The Irish Heritage School specialize in providing Environmental Science programs for both faculty and students. Predominantly based within the Irish Midlands...

At Concept Development Solutions we try not to place any limits upon ourselves. Because of this we tend to end up involved in a number of side projects. Here is a selection. 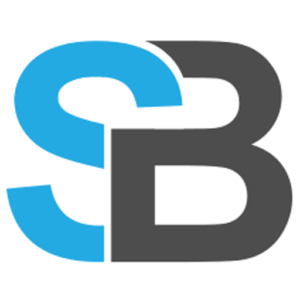 SmartBytz is the new product from Concept Development Solutions that offers a complete smart media solution for all sites and exhibitions.

We use cookies to ensure that we give you the best experience on our website. If you continue to use this site we will assume that you are happy with it.Ok